Project Wellesley was a new development of 3,850 homes on the 255 hectare former Aldershot Garrison site, delivered by Grainger PLC. The demolition aspects of this Hampshire-based demolition project were split into several phases. Hughes and Salvidge worked on a number of phases. 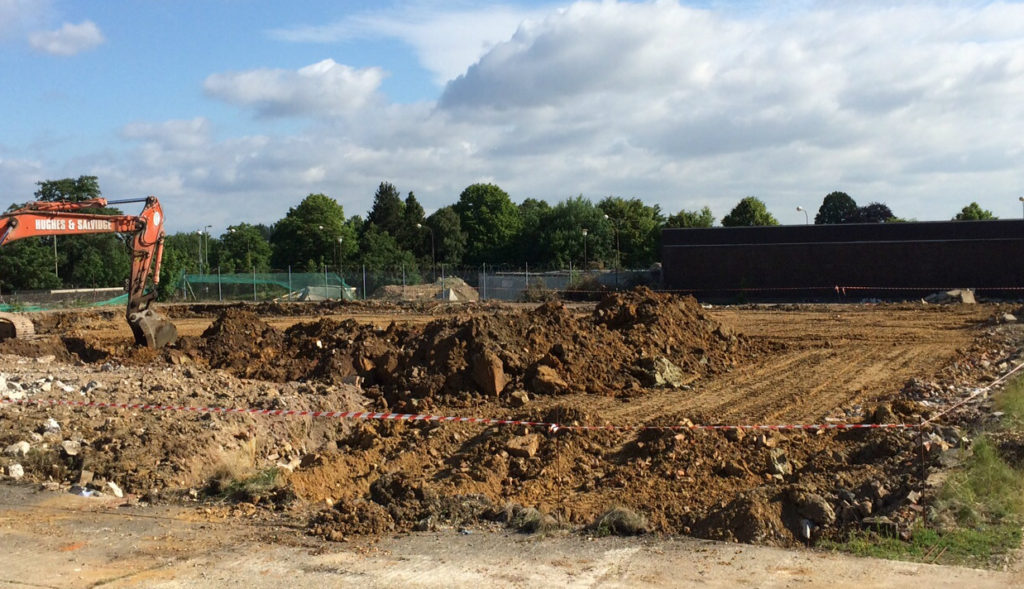 Duchess of Kent Barracks:
The main works at the former barracks began with the removal of all asbestos containing materials from the existing buildings. Hughes and Salvidge then began a comprehensive soft strip before removing all existing structures on the site.

School End:
Following on from our work on the Duchess of Kent Barracks phase, Hughes and Salvidge successfully tendered for the School End phase of demolition works. We began asbestos removal and soft stripping of the warehouse-like structures followed by complete demolition and site clearance.

Coruna Barracks:
In 2015, Hughes and Salvidge commenced the year-long project at Coruna Barracks. Initially divided into 2 phases, the project scope of works included the soft stripping and structural demolition of steel canopies, single storey buildings and 3-storey structures. Prior to commencing works, Hughes and Salvidge undertook surveying for bats and birds in partnership with the client’s appointed Ecologist. The Ecologist rehoused the bats and birds prior to asbestos removal, soft strip and demolition.
Due to the nature of the buildings and their use prior to becoming redundant, there was a low risk that explosive ordnance may be found during the course of the works. Operatives and Site Management were extra vigilant and aware of reporting routes should they discover anything out of the ordinary.