We began works at the former Pilkington Tiles Centre in Poole in February 2013. 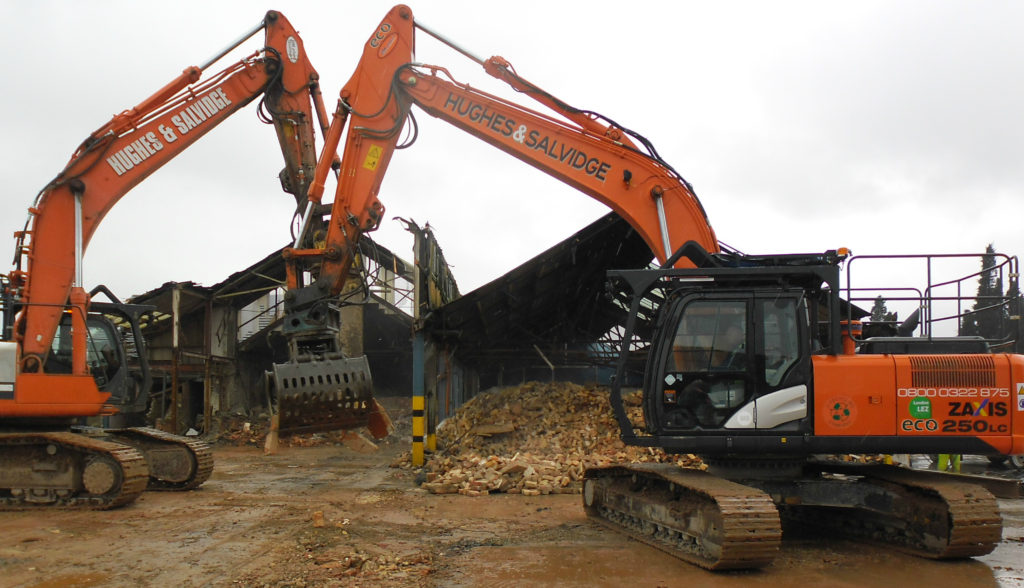 Working as Principal Contractor, Hughes and Salvidge completed the main project works, consisting of the removal of asbestos cement products from one of the main buildings, followed by a comprehensive soft strip and subsequent demolition.

Both licensed and non-licensed asbestos removal work was undertaken within the main building, by Hughes and Salvidge staff and one of our experienced and trusted subcontractors. When preparing Method Statements and Risk Assessments for the works, we identified a risk that further asbestos materials, previously undetected, may be discovered. This possibility was included in our Method Statements and Risk Assessments and included in Daily Activity Briefings and Toolbox Talks delivered to the Hughes and Salvidge team and subcontractors. Suspected material was subsequently discovered on site. On discovery , operatives advised the Site Manager immediately who in turn contacted Head Office so that samples of the suspect material could be taken and sent for analysis. Works on site were relocated to another area in order to not disturb the suspect material.

The discovery of further contaminated materials resulted in the works continuing through the summer and being completed in December 2013.