This Yorkshire project involved the demolition of a 19-storey 1960’s residential tower block by explosive means and the removal of the existing substructure. 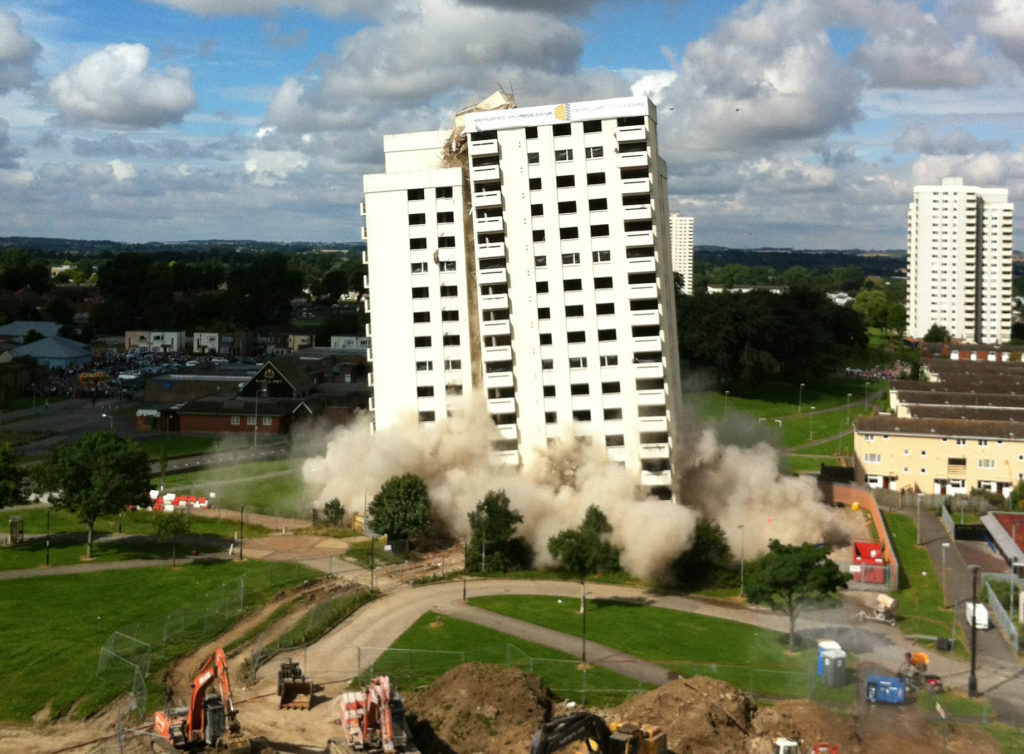 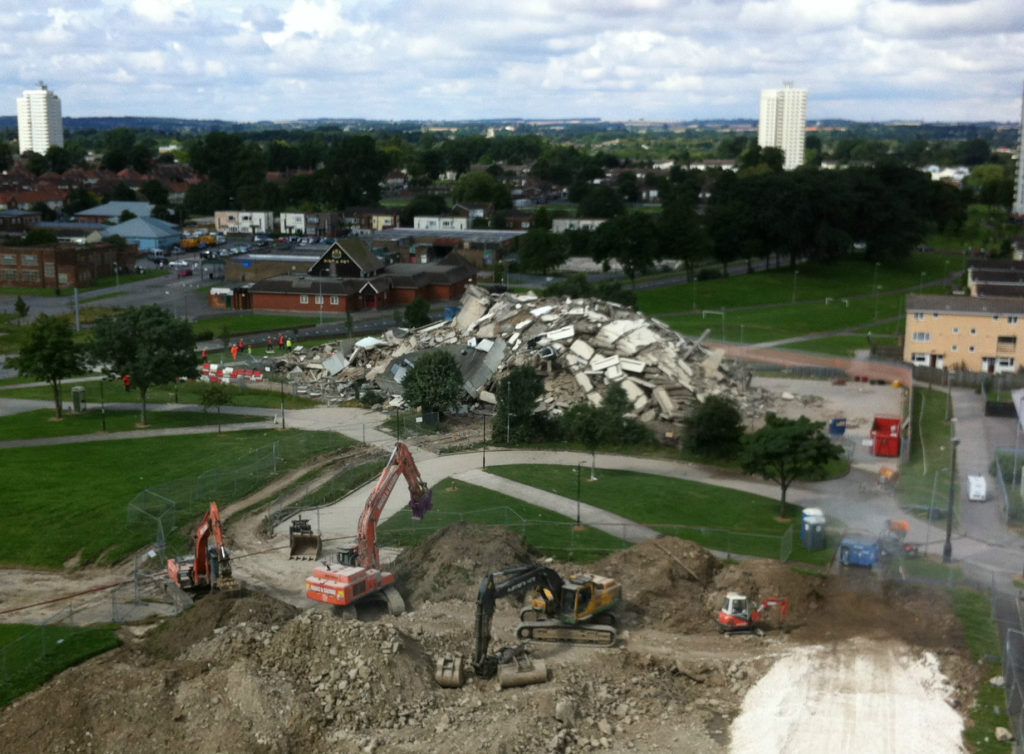 The works also included the demolition of an electrical substation and the removal of two existing reinforced concrete substructures (where tower blocks were previously demolished) and landscaping work. Hughes and Salvidge conducted this project in conjunction with Hull City Council and our experienced and respected subcontractors.

It took 16 weeks for Hughes and Salvidge to prepare the structure in readiness for the explosive demolition. Prior to the demolition, the block was subject to a preliminary pre-demolition strip out which included the removal of all contents and notifiable / non-notifiable asbestos containing materials.

This project was surrounded by residents and Hughes and Salvidge worked hard to ensure minimal disruption and maximum communication to enable the smooth completion of the project. From the outset, a Site Liaison Officer (SLO) was appointed to act as a direct link between the contractor, local residents and third parties. The SLO was involved in constant communication with residents including meetings, letters, newsletters and general information leaflets.

On the day, the demolition operation ran like clockwork. An evacuation/exclusion zone was established around the tower block to ensure the area was safe and secure. Hughes and Salvidge positioned sentries around the perimeter of the zone and the Police patrolled outside the fence line to ensure that it was maintained at all times.

A community area was set-up in the local community centre, catering to residents displaced throughout the duration of the explosive demolition works. Activities and food/beverages were provided for those affected.

All those involved in the operation were more than satisfied with how the day unfolded and the professional execution of the work carried out by Hughes and Salvidge.

Mark Leaf, Development Programme Leader for the Partnership and Development Team at Hull City Council commented,
“The Council appointed Hughes and Salvidge to demolish the Bridgeman House Tower Block by explosive means following a comprehensive procurement process. Hughes and Salvidge worked tirelessly to keep the local community affected by the exclusion zone up to date with progress. They worked excellently with local stakeholders to ensure that blast day was carried out professionally and provided a great spectacle for the local community”.

See our demolition services and contact us for a quote.