Arcadian Estates (part of the London and Henley Group)

Hughes and Salvidge began this 25-week demolition project in Hampshire in July 2013 on behalf of Arcadian Estates. 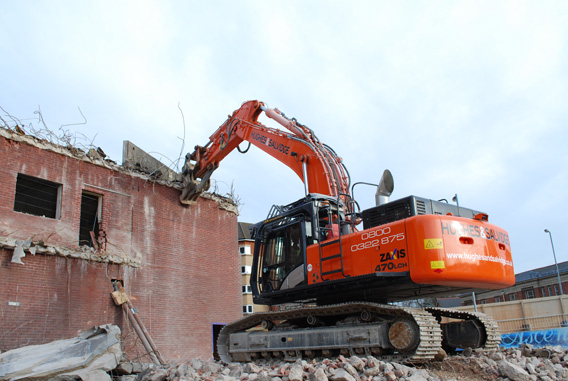 The site, located in Southampton, near the docks, was bound on three sides by roads; Houndwell Place to the north, Marsh Lane to the east and Lime Street to the south. The west boundary, on East Street, adjoined retail units.

The main works consisted of asbestos removal and soft strip and demolition of all existing buildings to ground floor slab as well as the demolition of a set of car park stairs and separating the structure from Capitol House, clearing all arisings.

Works associated to Capitol House to separate the structure from the shopping centre building where undertaken early in the project to minimise any disruption that might be caused to local residents. Noise and vibration were monitored throughout the project to ensure levels were kept to a minimum. Traffic management plans were put in place to avoid busy commute times and transport routes were established for quick and easy removal with consideration for the surrounding community.

In 2016, it was announced that the site will be used for a development of student townhouses and the, now vacant, Capitol House will be converted into student flats. Overall there will be rooms for 423 students, and space for retail and leisure outlets.