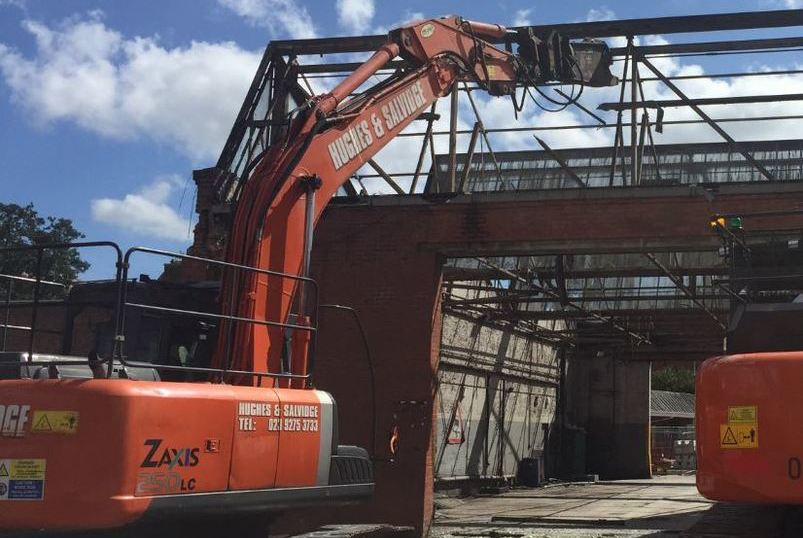 The demolition had been approved to allow a re-configuration of the bus depot, so surrounding structures were to be retained, along with the boundary wall and other brickwork walls within the depot.

In parts, the boundary wall needed to be reduced during the demolition works to match the remainder of the wall, and therefore building contractors were sub-contracted in by Hughes & Salvidge to carry out the brickwork remediation.

This Hampshire demolition project included constructing a new brickwork pier to stabilise the boundary wall and inserting additional ties between walls within the depot and the boundary wall. New coping roof tiles were also added to the section of the boundary wall that had been reduced, to ensure it matched the remainder of the wall.

After the steel-framed workshops and north-light roofs had been demolished, Hughes and Salvidge infilled the inspection pits and also sub-contracted civil engineering works to a contractor to resurface existing roadways and hardstanding areas, install new kerbs for new bus shelters, and remove old redundant bollards and road islands.

A sub-contractor was also engaged to install new LED-display bus shelters within the depot before completion of the project.