Hughes and Salvidge were awarded the role of Principal Contractor for the demolition of Edinburgh House in Portsmouth. The former care home scope of works consisted of Asbestos Removal, the comprehensive soft strip of buildings, demolition of buildings, removal of ground slabs and foundations and removal of all materials from site.

The works took 9 weeks from start to finish and during these weeks the site was under timing restrictions for site traffic due to the school opposite proving heavy traffic during peak times. The risk assessment and method statements provided by Hughes and Salvidge ensured that the public’s safety was a top priority and at no point did the site traffic interfere with the school.

Prior to the mechanical demolition works the entire building, consisting of four wings, needed to be soft stripped and have asbestos removed and disposed of correctly. At all times the site staff ensured that the correct RPE and specialist PPE were worn in order to prevent injury or harm. During these soft stripping works the site hoarding was erected and tree protection was put in, in order to prevent damage to the surrounding trees. 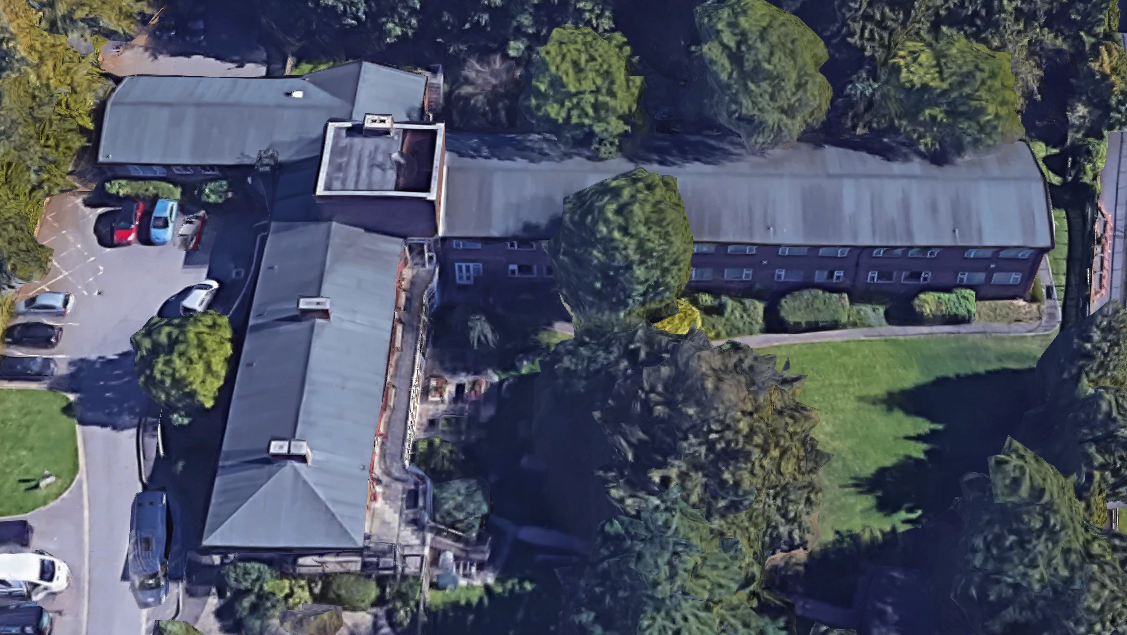 Due to the nature of the site, including multiple surrounding areas of the buildings with tree protection, the building was demolished from the gable ends of each wing.

The first three wings were demolished traversing along the hillside ensuring that the excavator stayed on the concrete slab within the building footprint in order to protect the trees and surrounding foliage.

Once the first three wings were demolished, the arisings were then transported to the bin area were they were segregated into different materials.

The fourth and largest wing of the building was demolished progressing down the slope in order to keep the machine tracking forward down the slab, again within the building footprint. Once arisings were removed from the final wing and segregated in either stockpiles for crushing or waste and recycling, the site was CAT scanned and the permit to dig was issued. The machines then began to break and remove the concrete slab using an impact hammer to break the slab. Sections were then lifted and moved to a stock area. These methods provided less noise nuisance for the local area. The materials were stockpiled for crushing on site to 6F2 and spread across the site as the client required the area to be returned a flat surface.

All other materials were loaded and removed from site to be recycled.  This then left the site as a tidy and safe environment for the client. 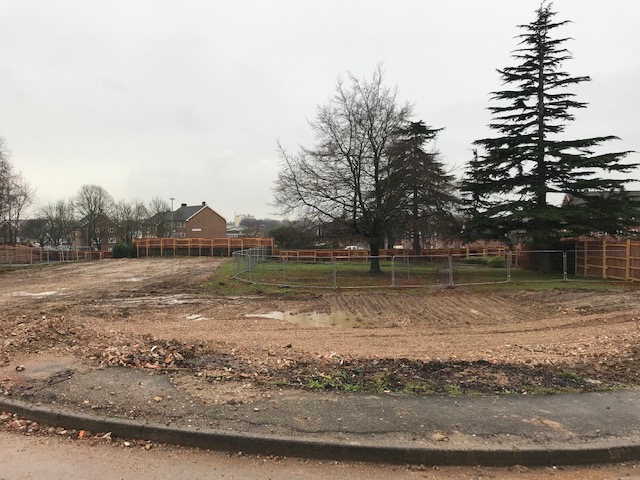 The first three wings were demolished traversing along the hillside ensuring that...

The buildings earmarked for demolition were Ashton House, Somborne House and Kingsclere...