The Oil and Pipelines Agency via Henry Brothers/Murphy Group

Hughes and Salvidge were appointed as the demolition contractor for two phases of work at the Oil and Pipelines Agency’s fuel depot at Gosport in Hampshire.

We firstly completed demolition of several large fuel tanks in the Northern area of the site via main contractor Henry Brothers Ltd, followed by similar works on the larger Southern section of the site for Murphy Group.

The Gosport Oil Fuel Depot is in close proximity to the sea, so careful consideration was taken in our methods to reduce dust and foreign object debris during our works and to put measures in place to keep them within the confines of the site.

The site was also close to residences and other businesses so we took care to minimise disruption by monitoring noise and vibration during our works and adhering to a strict Traffic Management Plan. 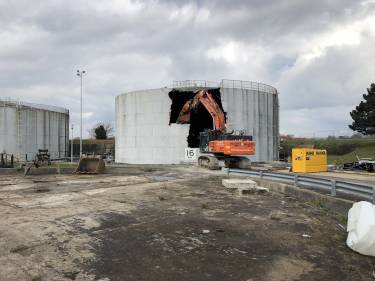 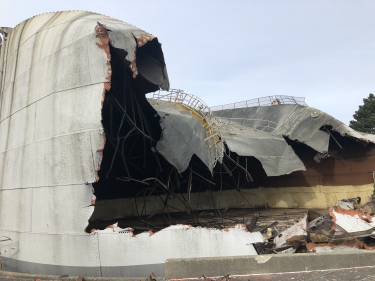 There were also 30-40 service tunnels below ground level crammed with pipes...

Decommissioning and Demolition of Arla Dairy

Demolition equipment recovery The client had compiled an asset list of equipment that...