Hughes and Salvidge were appointed to the role of Principal Contractor for demolition works at the former Crown Closures factory in Poole.

The main works consisted of:

The site was surrounded by a residential area and some local businesses that were still in operation. We ensured that our operations were kept to reasonable working hours and deliveries and all other traffic movements took place outside of rush hour and school run times.

Demolition works began following asbestos removal works. In order to minimise noise and dust, the Northern flank wall of one of the buildings was left in place throughout the demolition to act as barrier for the adjacent properties and roads. On completion, the flank wall was pulled into the footprint of the building.

The chimney was the last structure to be demolished. This was left until last to ensure that we had a clear working area around the chimney. Hard arisings were used to create a ‘mat’ for a high reach excavator to work from, this gave the high reach an extra height advantage to demolish the chimney safely. The high reach excavator reached up and over the top of the chimney and began to munch down in sections using the concrete cracking attachment. Once the chimney was reduced to around 8m in height, a ZX-470 excavator continued the demolition before pushing the remaining section over into the designated safe area.

All materials were processed accordingly and separated on site, ready to load away. 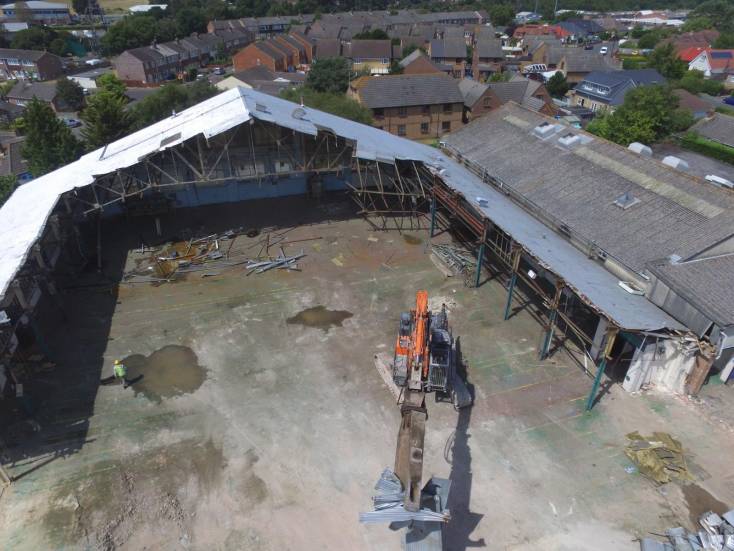 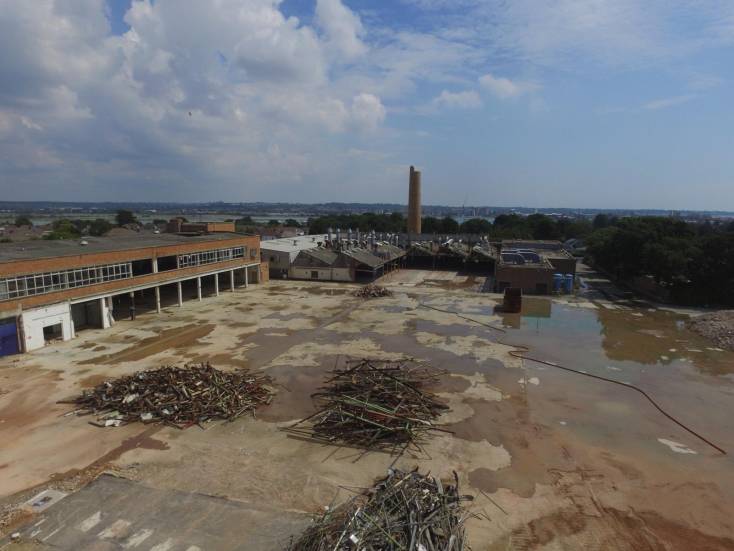 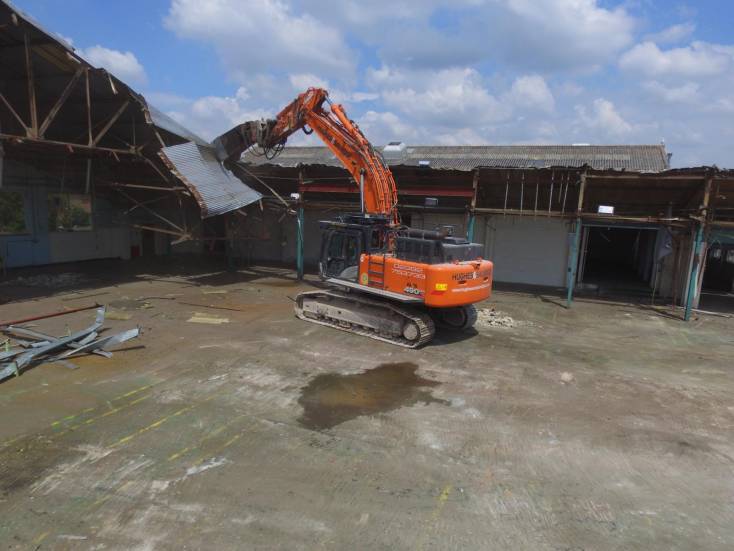 We controlled the exclusion zone set out by PDC Ltd and explosive...

The demolition site in Wales was situated in an industrial complex which...

Decommissioning and Demolition of Arla Dairy

Demolition equipment recovery The client had compiled an asset list of equipment that...