In early 2016, Hughes and Salvidge began the demolition of Arthur Pope House in Portsmouth. This 8-storey residential block was the final stage of a project that included demolition works at the Brook Club and Southsea Community Centre, all awarded by Portsmouth City Council in 2015. Built with a healthcare centre at its base, which was also included within the demolition scope, the building was located in a busy residential area in the centre of Portsmouth. 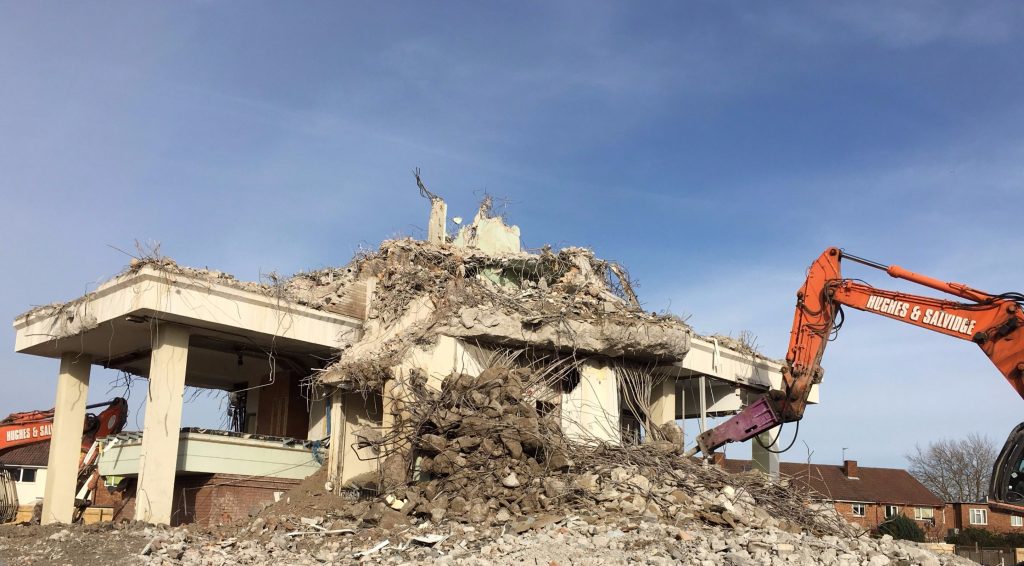 Hughes and Salvidge completed asbestos removal works followed by a comprehensive soft strip of the building prior to undertaking demolition works. We utilised our high reach machine and used our  drone to catch it in action.

The team had to work to strict working hours due to the proximity to residents and local schools. Noise and dust were closely monitored, with the local community in mind as well as the nearby busy A road. We employed the use of our dust suppression system, the Dust Boss, to minimise escaping dust and keep it confined to the site compound. We displayed contact details for the site team on the site boundary and distributed leaflets to the surrounding residents informing them of the works, key dates, and ways to contact our team for any queries or complaints.

Portsmouth City Council were completely satisfied with our work with their Property Development Project Manager stating, “Hughes and Salvidge would be my preferred supplier for any demolition works.”

The Council has since earmarked both the former Arthur Pope House site and the former Southsea Community Centre site for development, with plans for over 100 new residences submitted.