Home / Trio Of Demolition Projects Handed To Hughes And Salvidge

Trio Of Demolition Projects Handed To Hughes And Salvidge

Our demolition teams have been kept extremely busy over the past few weeks after we were commissioned by Portsmouth City Council to demolish 3 separate sites in the city. 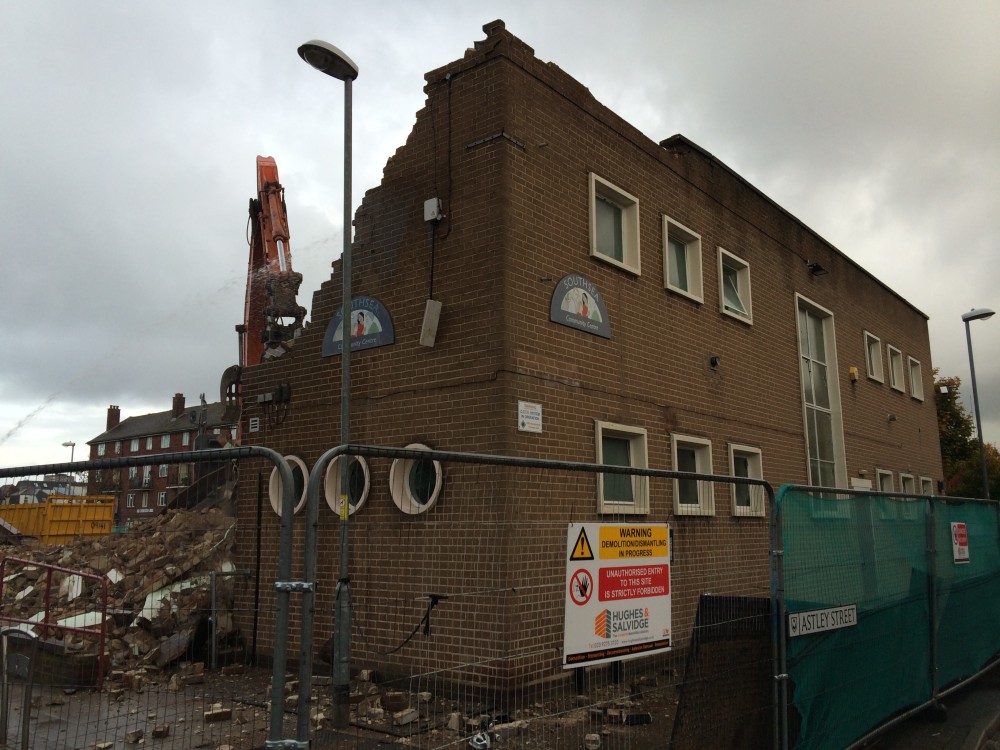 First up was Brook Club, a 2 storey youth club situated on Sackville Street in Southsea which possessed an enclosed tarmac ball court adjacent to the building.

The site is being redeveloped to incorporate a brand new layout and modernised facilities, including new kitchens and toilets, and will continue to be utilised by scouts, guides and Air training corps reserves.

We then headed for Southsea Community Centre (pictured above) where we took sole responsibility for demolishing the 2 storey community building.

The community group has since moved to the new £10.8m community hub spanning Winston Churchill Avenue in the centre of Portsmouth.

Lastly, we demolished Arthur Pope House (image below) on Blackfriars Close, an 8 storey building consisting of a Health Centre on the first two floors and 24 flats above.

Requiring 4 months’ work, the destruction of the old building has paved the way for the development of 60 new homes after planning permission was granted for 51 flats and nine houses.

All three sites were immediately adjacent to pavements and roads, and were surrounded by residential buildings, so extreme care was implemented on each individual assignment.

We also liaised closely with council and local residents to ensure minimal nuisance was caused – noise, dust, vibration – and all stages of the works were communicated correctly.

Got a demolition project in the offing for us? Contact the team and speak to an advisor. 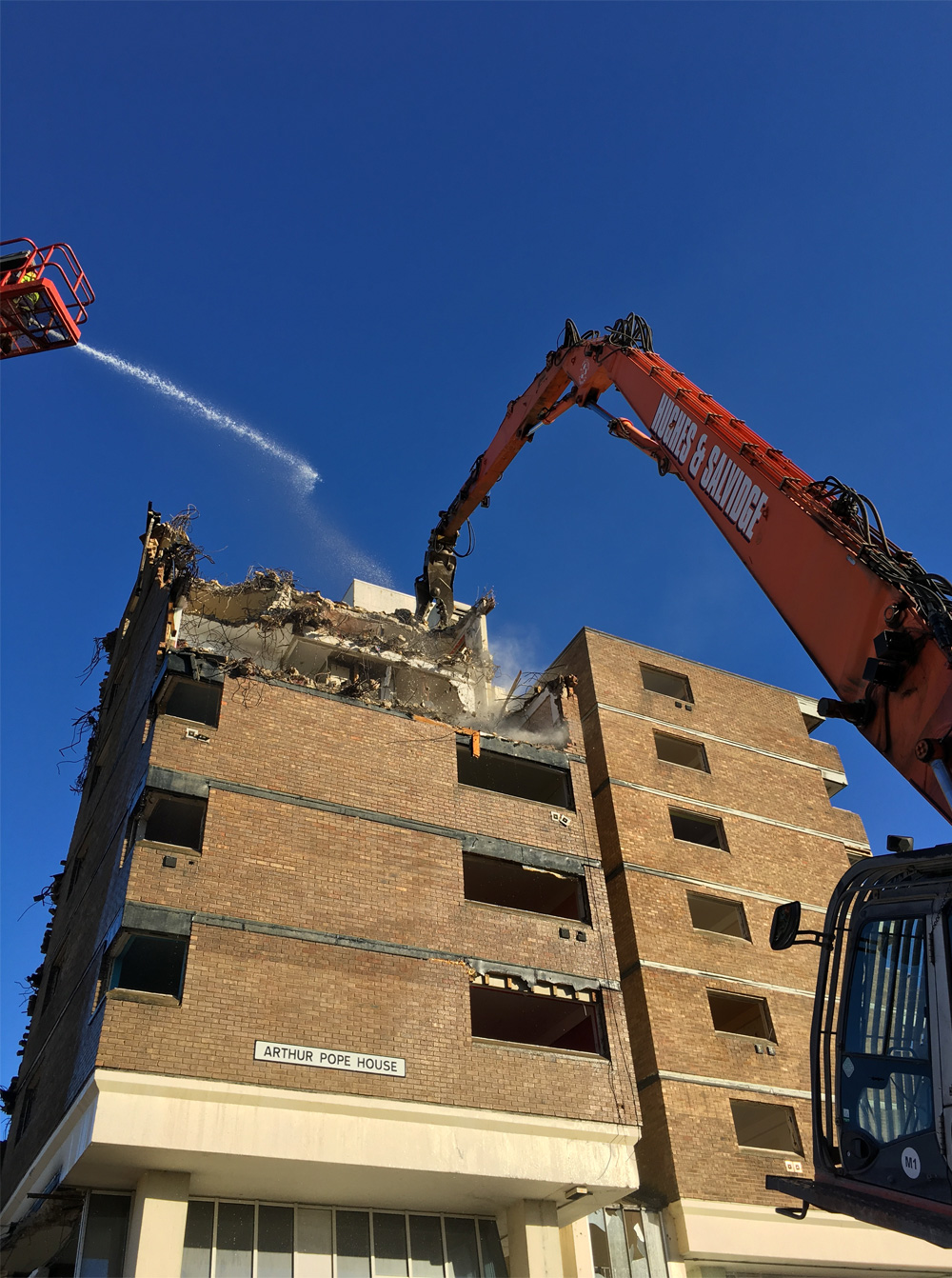