Hughes and Salvidge has begun doing its bit to help 5-time Olympic medallist Sir Ben Ainslie realise his America’s Cup dream by conducting demolition works at the site of his new sailing team base. 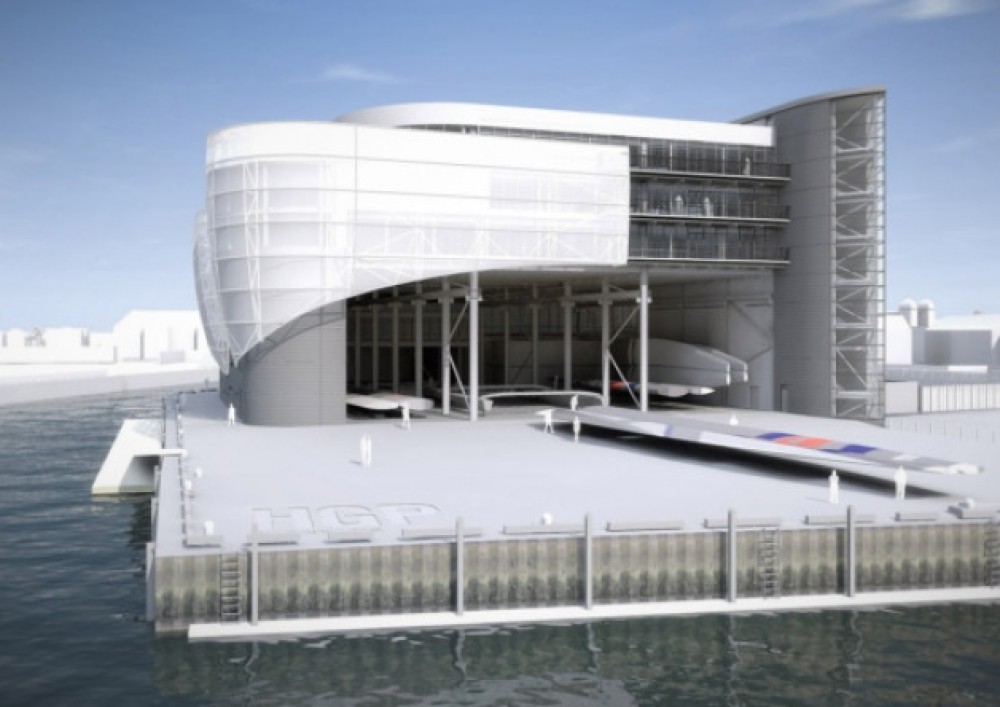 Located at Camber Docks in Old Portsmouth, the £80million project is due for completion in May of next year and will be home to the Ben Ainslie racing team as the esteemed sailor bids to bring the America’s Cup trophy to English shores for the first time in its 163-year-old history.

Work commenced two weeks ago and our crews have been down at the location demolishing the fishing sheds that previously existed on the Camber.

Much of the wood, metal and other construction materials from the sheds were separated out for recycling, with some being used to underpin the new foundations.

It has even had the green light from the government after Prime Minister David Cameron committed £7.5million towards the project who said:

“This is an exciting and historic challenge and I hope the whole country can get behind Sir Ben’s campaign.”

Sir Ben commented: “Portsmouth has a great maritime heritage and we felt it was a natural home for the team’s permanent base in the UK. There is excellent access to the water for the team’s training and to host future America’s Cup events, with fantastic spectator viewpoints. We hope through our journey to bring the Cup home to Britain we will inspire more young people to get involved in the sport, along with supporting the growth of the marine sector in the Solent area to match the country’s F1 innovation hub.”

It’s a huge honour for Hughes and Salvidge to be involved in such a prestigious undertaking.
Photo credit: http://www.portsmouth.co.uk/news/business/local-business/it-s-time-to-start-digging-at-ben-ainslie-portsmouth-race-base-1-6202329