To celebrate our forthcoming 50th anniversary in the demolition industry, over the coming weeks we’re going to take a look back at some of Hughes and Salvidge’s most iconic projects from the past half a century starting with a project we completed in 2006 for Pinewood Studios in Iver Heath. 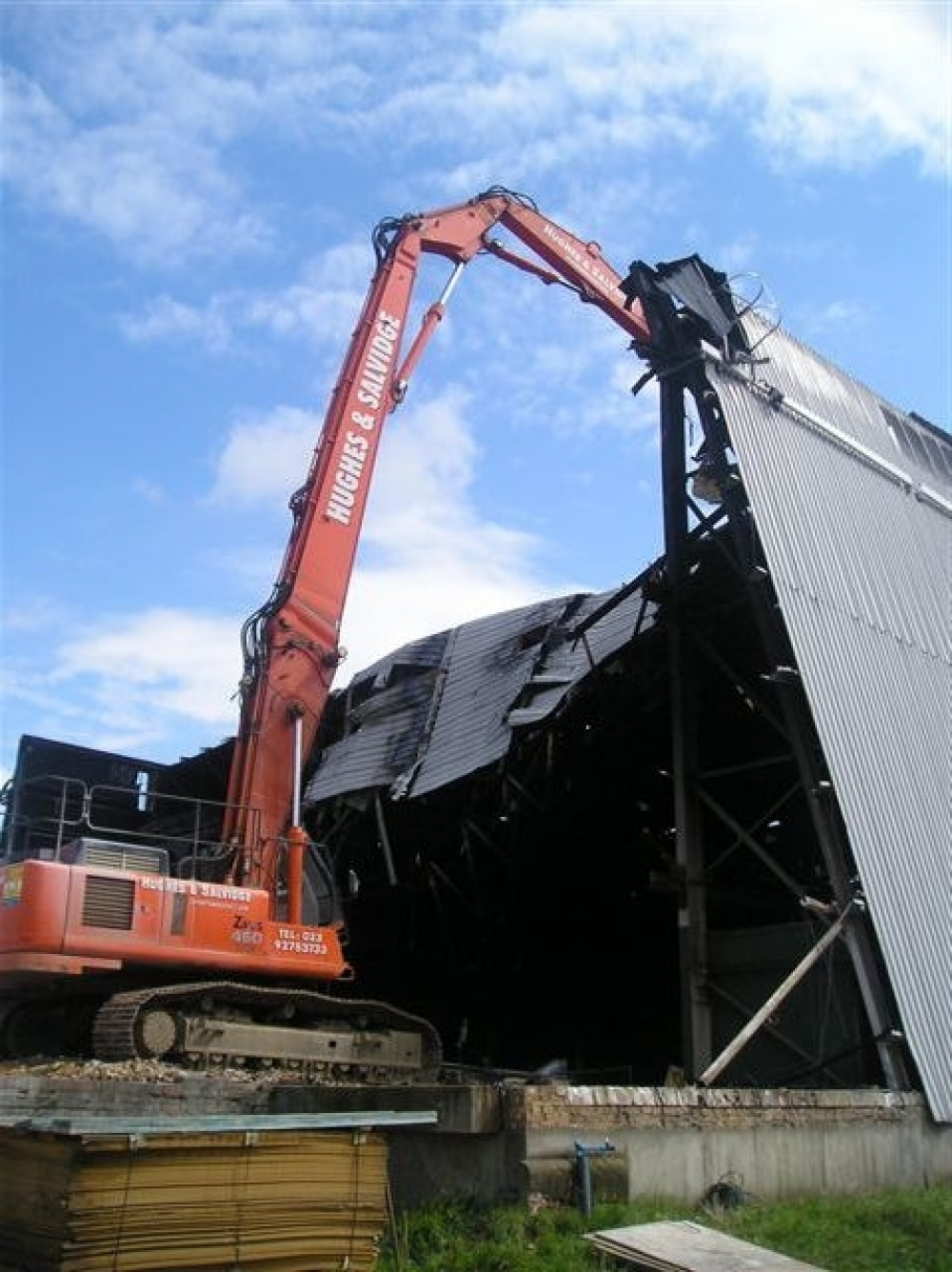 Following a serious fire in the 007 James Bond Stage at the famous Buckinghamshire complex on 30th July 2006, Hughes and Salvidge began the demolition of the 1-acre sized, steel framed fire damaged building.

The damage caused by the fire created a challenging working environment for the project team as some sections of the building were structurally unsafe prior to and during the demolition works. The appropriate Health and Safety procedures were put in place to ensure the safety of the team and other personnel present at the studios.

During the works filming and production work continued throughout the remainder of the studio complex. Extra care and attention was given to ensure minimal disruption to the day-to-day workings of a busy and functioning site.

This project was very high profile and much interest was taken by national newspapers, news channels and news sites http://news.bbc.co.uk/1/hi/uk/5228794.stm, local residents and fans of the James Bond franchise.

The damaged studio was replaced in March 2007 by a brand new stage in time for the production of the next James Bond film “Casino Royale”.

Luke joined Hughes and Salvidge in 2021. His main role includes relationship-building, lead generation and marketing the company to a wider audience.