On hearing that their grandson was studying The Iron Man book at school, two of our shareholders decided to contact the school and host an impromptu competition for the children to design their very own Iron Man in honour of our newly expanded H&S Metals recycling yard in Portsmouth. 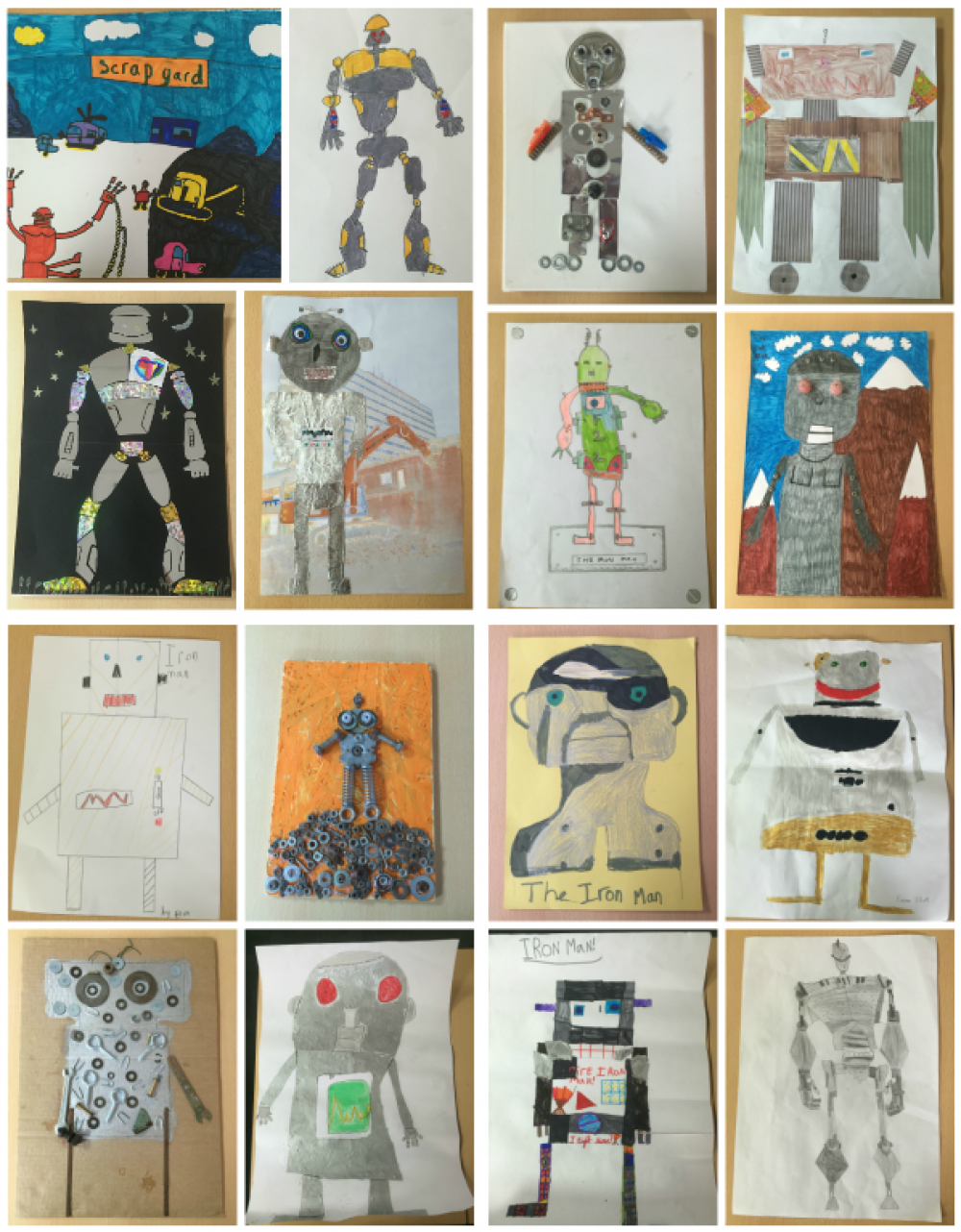 The Iron Man: A Children’s Story in Five Nights was written by British Poet Laureate Ted Hughes in 1968 and was adapted for film in the more-modern retelling, The Iron Giant, in 1999.

All the children were invited to design their version of The Iron Man and were told to be as creative as possible.

We had some fantastic designs and struggled to pick a winner. Eventually, after putting it to an office-wide vote, we came up with our top three.

In third place was Emily with her sketched, smiling robot. Bella came in second place with her design made entirely of nuts, bolts, springs and bottle caps. The overall winner was Tatiana, who used foil to make her Iron Man stand out from the background, where she had added one of our machines – a nice touch that won our Managing Director’s vote!

Our three winners received vouchers for WHSmith to continue their avid reading and all children who entered were given a Hi-Viz vest and hard hat.

Well done to all!

Luke joined Hughes and Salvidge in 2021. His main role includes relationship-building, lead generation and marketing the company to a wider audience.