Isle Of Sheppey Assignment Gets Underway

Hughes and Salvidge have recently been drafted to the Isle of Sheppey, a small island just off the northern coast of Kent, to clear the way for a major regeneration scheme.

A £400 million redevelopment of Queenborough and Rushenden, also known as the Twyford site, will see the construction of 1,180 new houses and flats, community facilities and services, a school, employment space, parks and a new marina. 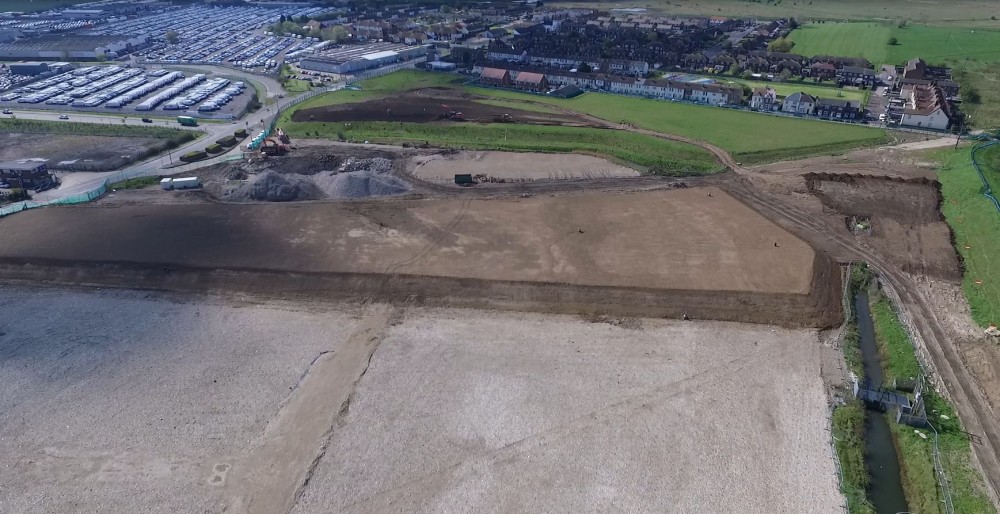 Previously used by the manufacturing industry for several centuries, Hughes and Salvidge has been appointed to clear the site before redevelopment proceeds, including all existing buildings, most notably the large Gateway building, and surrounding hard-standing.

The main work consists of the following:

This extensive project is being undertaken on behalf of the Home and Communities Agency, a non-departmental public body whose purpose is to create successful communities by making more homes and business premises available to residents and businesses.

The aerial images of the site have been captured by our newly purchased drone which is already proving to be a worthwhile investment.

As you can see, we’re right in the midst of things so expect a further update on how work is progressing in due course.

Hughes and Salvidge were delighted to be selected to assist on another phase of the £11.5m...

How to keep your demolition site safe

Demolition sites can be incredibly dangerous and Project Managers must take all necessary precautions to ensure...