Good progress is being made in Sheffield where we are in the process of demolishing ’Castle Market’, the city’s former indoor shopping market which closed its doors in 2013 and lies on the remains of an old castle built in 1270. 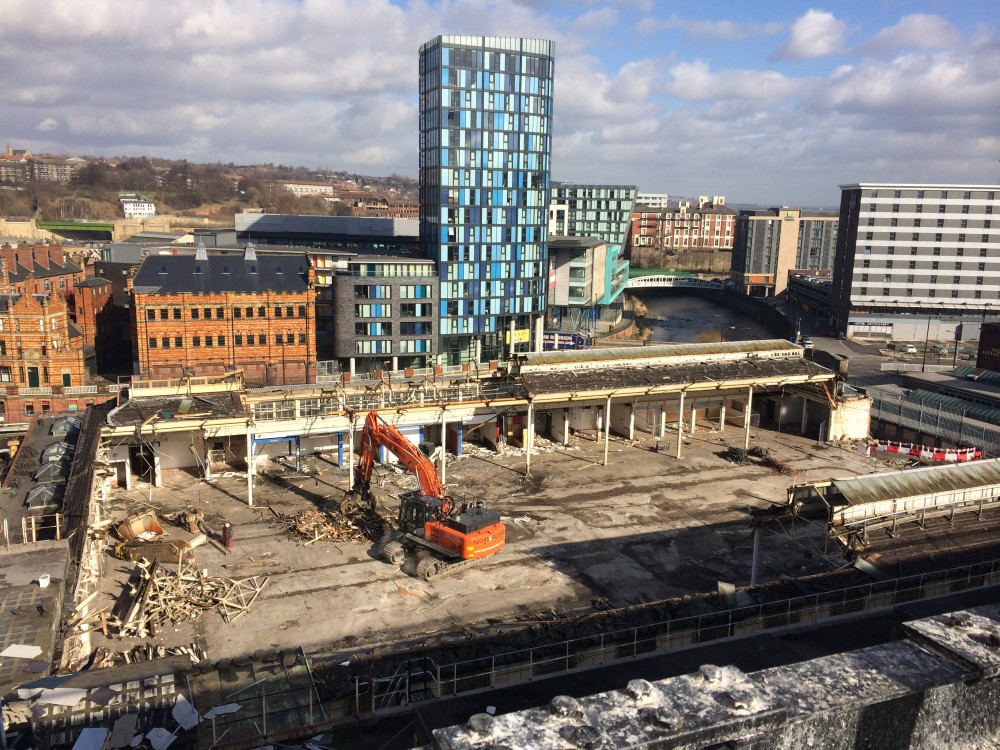 We have a total of 32 workers present at the site after being commissioned to tear down the complex, dating back to 1928, in preparation for the creation of a brand new commercial development.

Our pre-demolition preparations began in December with the market now filled with mounds of rubble, piles of steel and demolition machinery ahead of it being fully razed to the ground by November.

Because of the castle ruins beneath the site, some elements of the demolition have had to be carried out by hand with steel plates utilised to protect the ground.

The site will be left at ‘slab level’ by our team so that the ground can be dug up for archaeological purposes in phase two of the project.

Site Manager Danny Baldacchino said: “Everything – all the stalls – had to be stripped inside and once that process was done, that’s when we could get the machines in.

“Obviously you have all your rubbish – we have had 200 tonnes of general waste go out. We’ve also had in the region of 100 tonnes of steel go out. But almost everything is recycled – 98 per cent of the waste is recycled now. Next we will be going into the upper and lower ground market to demolish that.”

Hughes and Salvidge are looking to recruit a CCDO-qualified Supervisor. Location: London & Southern England Salary: To...

Hughes and Salvidge always strive to achieve high standards of Health and Safety for our team...

What is an asbestos demolition survey?

Asbestos remains one of the biggest causes of work-related deaths in the UK. The effects of...