A large crowd gathered at Shipton Quarry in Oxfordshire on the morning of Sunday 30thAugust to see a 74-metre-high chimney being brought down to earth by Hughes and Salvidge. 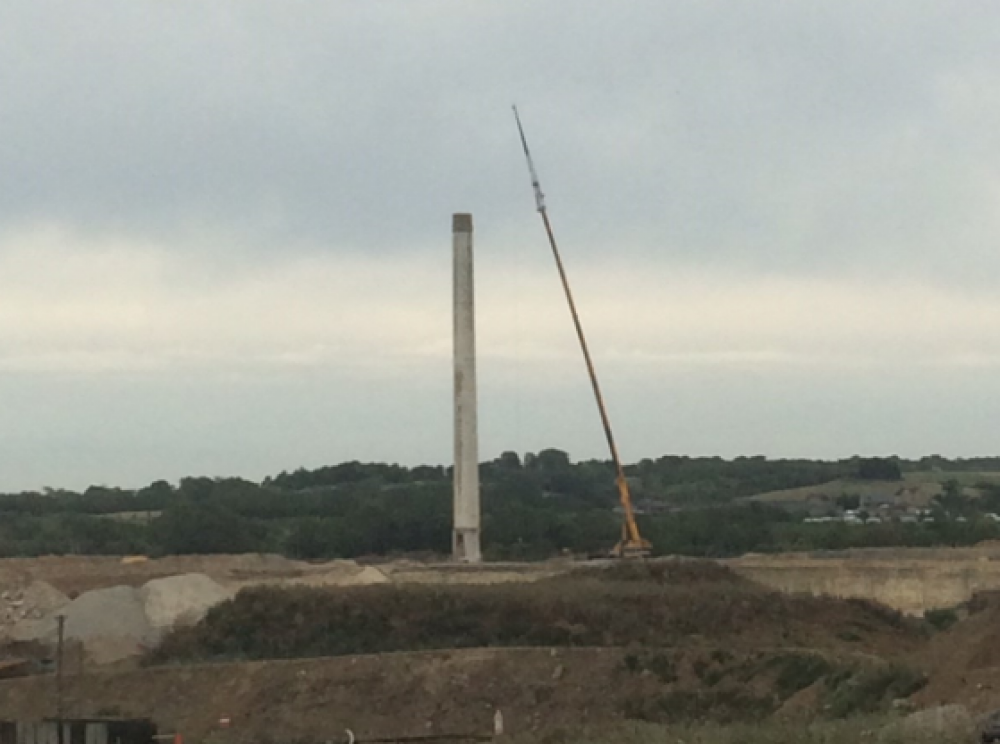 The controlled explosion took place at the site at precisely 9.00am as part of our ongoing work for Earthline, one of the largest independent earthmoving, recycling and quarrying companies in the south of England.

The chimney was the last remains of the old Blue Circle cement works which has been demolished over the past year.

Everything ran like clockwork, with the chimney coming down safely and as planned under the careful control of our demolition engineers.

There was a very audible cheer amongst the many onlookers who has gotten out of their beds early to see it hit the ground.

You can hear them in the following video we took to capture the moment: https://instagram.com/p/7FbaTPyqZH/?taken-by=hughesandsalvidge