You may remember our blog post of last month detailing the story of Tom Hacker who was taking on the unenviable task of running six marathons in six days in aid of MacMillan Cancer Support. 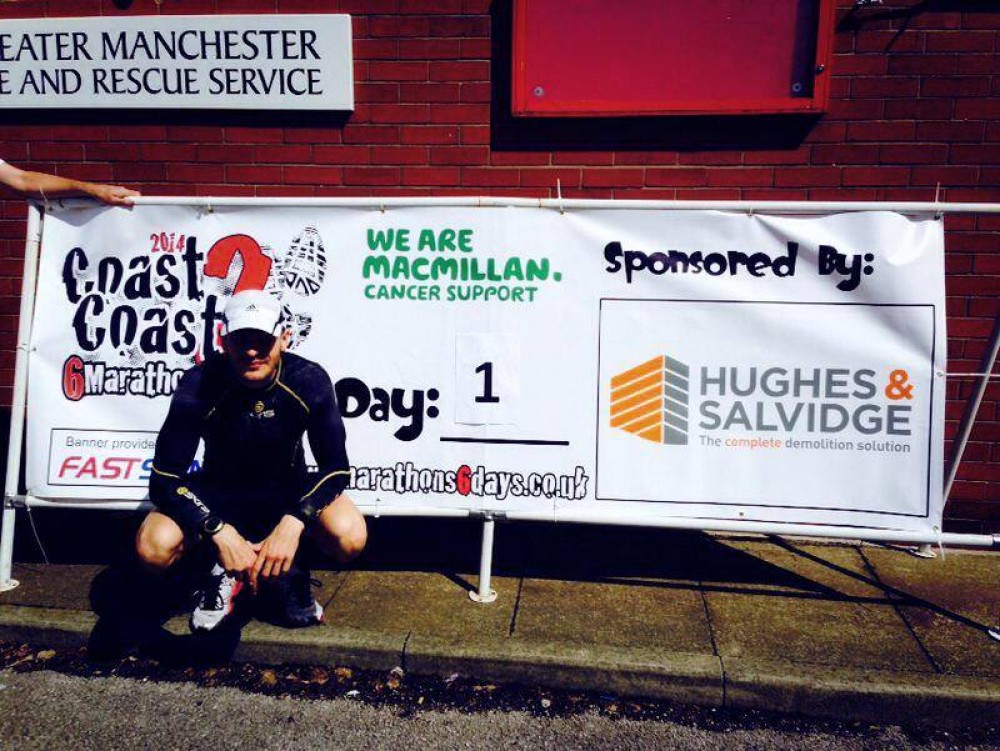 Sponsored by Hughes and Salvidge on Day One of his epic challenge, we are delighted to report that Tom completed the 165-mile coast-to-coast route in memory of his late mother on Saturday, finishing at Spurn Point on the East Coast.

Just as impressively he has far exceeded his original fundraising target of £20,000, so far attracting over £37,000 for the charity, of which Hughes and Salvidge contributed £1,000.

Tom had numerous people running with him for support throughout the entire six marathons and said:

“I have given this everything I had. I crossed the line surrounded by my friends and family after 165 miles of running.

“No matter how hard the challenge, if you believe in what you are doing and give it your all, it’s worth it. Thank you to everyone that has played a part in my event. Big or small.”

Several people have since put Tom forward for a Pride of Britain award and we at Hughes and Salvidge believe it would be richly deserved.

You can still donate here: https://www.justgiving.com/Tom-Hacker1/.