Hughes and Salvidge’s Airport Division have added to their collection of awards at Heathrow.

Balfour Beatty announced our team as their Top Supplier for June on the Pier 3 Project.

Site Manager Jim Stevens is seen below collecting the award. 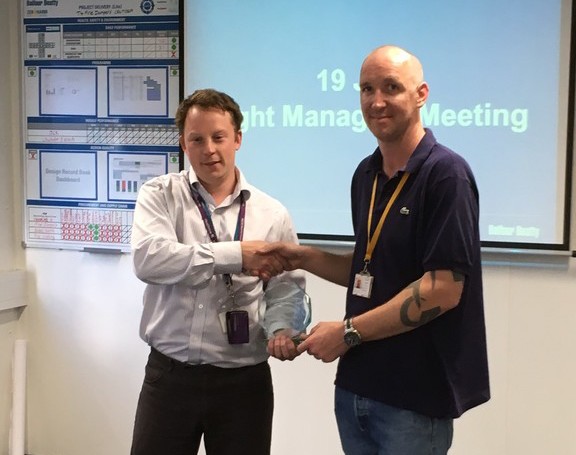 The ceremony was interrupted to ask Jim to deal with the glare from his head to allow aircraft to continue to land.

We immediately discussed the following options with Jim. Congratulations again! 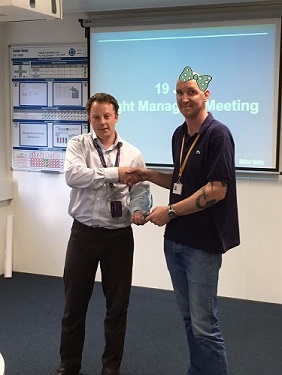 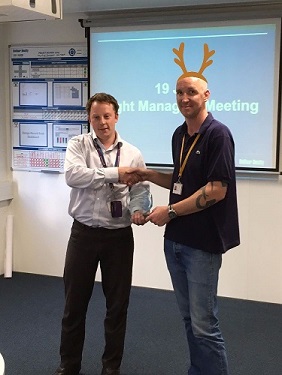 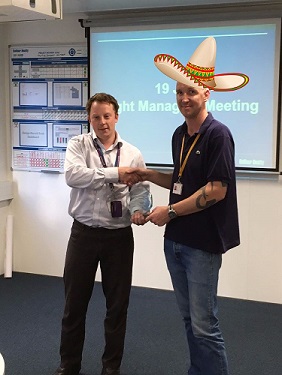 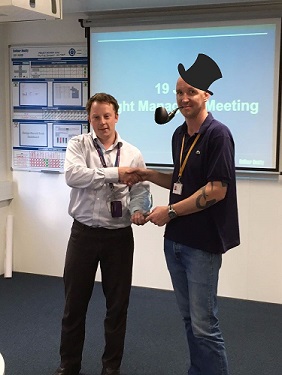